Since the threat of COVID-19 is cancelling several events (including GARS meetings), GARS officers had to think out of the box--digitally and virtually. GARS President Anne Dorland and the other officers like to introduce the new GARS digital platform, Digital GARS, which includes a blog and a members forum. The latest "digital meeting" is now available: Cherokee Basketry-History and Culture written by GARS Vice President, Jenn Tran, Historian at New South Associates.

Keep an eye on this page or GARS Facebook page for any upcoming events. 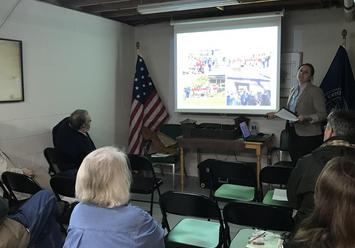 There are several projects in the works, which might include returning to previous archaeological projects: Graves Soapstone and Fort Peachtree! However, keep checking this page or GARS Facebook page for updates. Below is a list of some projects: